Recently Barry Adams wrote an article titled Social Media is Dead; Long Live SEO in which he puts forward the case that social media is a waste of time for most businesses and they should focus on what works. It should be noted that it isn’t Barry just making up sensational headlines, those comments are supported by research conducted by Forrester in late 2012 and also by Custora in 2013.

I’m not here to dispute that fact directly but I thought was worth throwing another discussion point into the melting pot for everyone to consider and that is, while the internet is a highly measurable place which marketers and businesses alike love, it does have limitations and one of those limitations is uniquely identifying a person.

While the technology wasn’t as advanced, the ability to identify an individual user 10 years ago was simpler – people had less frequent access to the internet and from fewer computers. Fast forward ten years and we are living in a multi-screen world, where an individual person might switch between phone, tablet, laptop, desktop, TV and more across the course of the day, all the while continuing what the person considers to be a single, unified experience.

All the different devices used by consumers today complicate the problem of uniquely identifying a person, as the unique identification is generally done through the use of browser cookies. That means that the same user viewing a website on their phone, tablet, laptop, desktop and TV are normally counted as separate users within web statistics software such as Google Analytics.

Barry replied to comment on his article where he mentioned that he has seen many different multi-channel attribution reports from Google Analytics that never register social media traffic sources in any significant way, even when looking at the assisted conversion report.

You’re mother would have told you never to believe everything you see on TV, read in the newspapers or view in Google Analytics – okay, I’ll concede the last point. What many don’t realise when seeing a headline from companies like Forrester or a neat table like the one above, is that it is increasingly difficult to measure the impact of different traffic sources end to end due to the browser cookie issue I briefly mentioned above.

For the sake of discussion, we’ll focus on both facebook and Twitter as they are the most widely used social networks. It may or may not come as a surprise, but both of these social networks report over 50% of their usage is via mobile devices.

Imagine that you’re Forrester and you’re trying to compile research about the impact of social media on businesses. When over 50% of the usage of the two biggest social networks in the world are powered by mobile and mobile conversion rates are well below their desktop browser counterparts – that alone provides a reason why it’s hard to directly measure the impact of social media.

Now consider the absurd scenario where a user returns to the same website they visited on their mobile via facebook but this time on their computer via a brand query in Google search, that ultimately leads to a conversion. It looks like search earned the conversion and they did play a role but so did facebook, however because it was across two different devices – multi channel attribution within Google Analytics fails, even when looking at the assisted conversions. 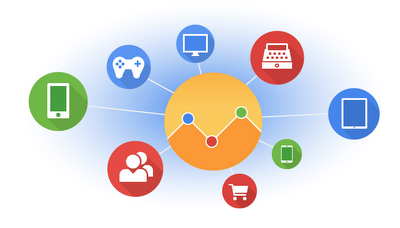 The case study I want to see from someone like Forrester is a collection of big businesses who implement Universal Analytics alongside a raft of user interface components throughout their sites designed to capture something unique about those users and across all devices.

Now that you’ve got a unique identifier for the user, you’re now in a position to track the impact of the facebook referral if the user happens to come back, either on the same device or a different device (tablet, laptop, computer, TV, ..) and purchases using the same unique identifier they provided on their mobile, such as their email address.

I don’t know if social media is thriving or dying as far as businesses are concerned but I know that we won’t have that answer until everyone gets a lot better at media attribution across the board.

I'm a Sr Director of SEO for Expedia, one of the largest online travel agent in the world. My background is in software development but my work focuses on search engine optimisation & conversion rate optimisation. I've been working online since 2004 and with the support of amazing colleagues, we've done and will continue to do outstanding work together.
Follow @alattimore